Exodus, or Pang Ho-Cheung's Most Dividing Work Yet 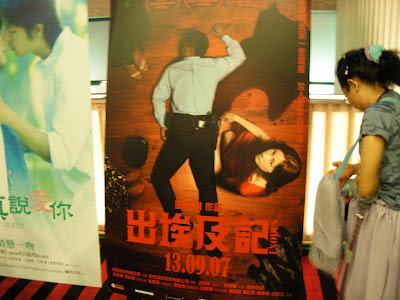 Went to check out director Pang Ho-Cheung's latest dark comedy Exodus. I'm trying not to give much of a plot description because the way Pang handles the film is not something one might expect from this plot. The basic pitch is that a cop (played by Simon Yam) begins to find that women are possibly involved in a secret organization that conspires to murder all men on earth. However, don't expect anything as manic as You Shoot I Shoot. Instead, Pang underplays everything, letting viewers find out everything that's happened after they happen. As a result, Exodus is very anti-climatic, with not a lot of payoffs if you don't try and connect all the dots together.

I say this is Pang's most dividing work because even the audiences that have been fans of Pang's work in the past might not like this film. Beyond Our Ken and Isabella might've been Pang's venture into art film territory, but those films had something beyond arthouse sensibility to entertain the audiences. However, Exodus goes all the way into the arthouse, frustrating viewers who are waiting for something surprising to happen. Honestly, even I sat there waiting for the big payoff that never really arrived. However, I was still amused at what's on screen, and the style is more deliberate than crappy directing. Just don't expect to be very entertained. 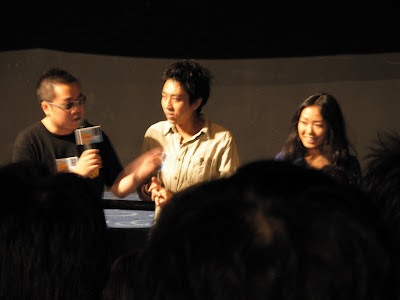 After the screening, there was a 20-minute Q&A (too short if you ask me) with Pang and his two co-screenwriters Wan Chi-Man and radio personality/part-time screenwriter GC Goobi. There, they explained the title (something about that particular story in the bible being about leading and being led. It was a lot to take in at once), the possible Stanley Kubrick influence, and even why Peter Kam isn't the main composer of the film's score. While I'm sure there were many other questions unanswered (this film is begging for a commentary), the talk added very good information about the film itself.

I'm sure the ultimate question is whether I liked the film or not. I admire Pang's attempt to try for something that might alienate audiences, and the dark comedy does work very well when it arrives (Although Nick Cheung's liberal use of Cantonese curse words only amuses due to the shock factor, especially since it surprisingly managed a IIB rating). But this is no doubt going to not have a lot of fans outside certain circles, with many people probably end up hating it. However, after giving it a lot of thought, I do quite like it for what it tries to do and the questions it asks. I think it probably deserved one of the three best picture awards given at the Golden Bauhinia, just because it accomplishes a lot artistically. At least it would be more deserving than the similarly alienating A Battle of Wits.

Hell, I might even go catch it again at a Tuesday discounted showing.
Posted by GoldenRockProductions at 7:44 PM